The wine writer (by Jessica Bordoni) 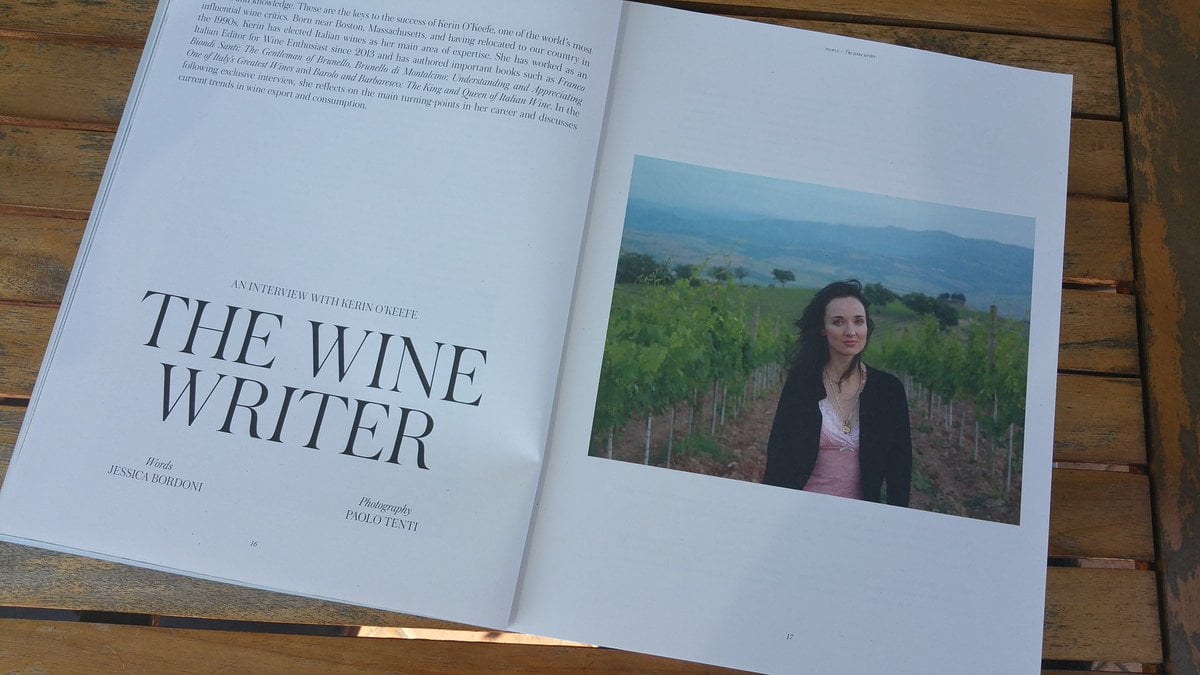 Passion and knowledge. These are the keys to the success of Kerin O’Keefe, one of the world’s most influential wine critics. Born near Boston, Massachusetts, and having relocated to our country in the 1990s, Kerin has elected Italian wines as her main area of expertise. She has worked as an Italian Editor for Wine Enthusiast since 2013 and has authored important books such as Franco Biondi Santi: The Gentleman of Brunello, Brunello di Montalcino: Understanding and Appreciating One of Italy’s Greatest Wines and Barolo and Barbaresco: The King and Queen of Italian Wine. In the following exclusive interview, she reflects on the main turning-points in her career and discusses current trends in wine export and consumption.

When did you discover a passion for wine and oenology?

Right after college, when I met my future husband, Paolo Tenti. Paolo is Italian, from Varese, and already knew a lot about Italian wines. In 1989, we spent the summer in Tuscany and then we toured the Langhe and Valtellina. That was just the beginning, and these trips started my fascination with Italian wine. As soon as I moved over, we started spending time in wine territories all over Italy. I was blown away by the diverse number of wines made with native grapes and by the numerous local dishes. One of the reasons I started writing was because I was disappointed that my favorite Italian wines were almost never given any press in the US and UK magazines and rarely showed up even in the Italian guides. I thought consumers were really missing out, and that so many producers were being overlooked.
I’ve always been a huge fan of vibrant, terroir-driven wines made with native grapes. Today everyone’s writing and talking about elegant Italian wines made with indigenous varieties. But in 2002, I was like a lone voice in the desert because back then the majority of wine critics raved about Italian wines made with international grapes and aged in barriques while they pretty much ignored or outright attacked Italy’s traditional wines and the producers who made them.

After studying English Literature at the University of Massachusetts, you became a journalist. Can you tell us which publications you first contributed to?

My first articles appeared in 2002 in M Magazine, part of the Milano Finanza group. In the same year, I also began writing for Decanter.com and I segued over to the magazine shortly after. I was one of their lead Italian correspondents until 2013, when I started working for Wine Enthusiast, where I am solely responsible for the magazine’s Italian reviews and coverage.
In 2003, I started writing for US Wine News, while in 2004, for The World of Fine Wine and my work has appeared in many other on-line and print publications as well.

In 2004 you published your first book, dedicated to the work of legendary winemaker Franco Biondi Santi, The Brunello Gentleman. Can you tell us something about how you became interested in him?

After trying Biondi Santi’s 1981 Riserva in 2001, I decided I had to meet this winemaker. I interviewed him several times by phone before finally going to his estate, in 2002. He was extremely eloquent. That afternoon, I learned about the family, the wine, but also got a new insight into the Italian wine world.
Veronelli Editor had just started a series of books, I Semi, about influential Italian producers. I went up to Bergamo and presented my case to the great Luigi Veronelli as to why Franco Biondi Santi, thanks to his constant belief in the great potential of 100% Sangiovese, the unique growing conditions in Montalcino’s best vineyards, and the importance of not using invasive cellar techniques or harsh chemicals in the vineyards, made an ideal subject. Veronelli agreed, and I spent six months in Montalcino and wrote the book.

After this first important publication, you maintained a strong focus on Brunello and, in 2008 the Brunello producers’ consortium gave you an award for your article “Brunello de-constructed”. Can you explain this title to us?

Montalcino is an extremely complicated growing zone, despite the fact that it’s one township. So I broke it down into different zones, and explained to readers the pros and cons of each area, while always pointing out the crucial role of the winemaker as well.

And so we come to 2012, the year that saw the release of your second book: Brunello di Montalcino. Understanding and appreciating one of Italy’s greatest wines. This is one of the most important and influential books on the subject. What were your reasons for writing it?

It always struck me that while there are dozens of books on all the great wines of France, books on Italian wines almost always cover the entire country or large parts of the country. I wanted to give the greatest Italian wines the respect their French counterparts have been awarded for years, by dedicating an entire book to a single denomination and delving deep into the history, the growing area, the grape and the people behind the wines. From the outset I wanted to write books on Brunello, Barolo and Barbaresco – the three greatest denominations in Italy. I had a lot of material already on Brunello, and started there. 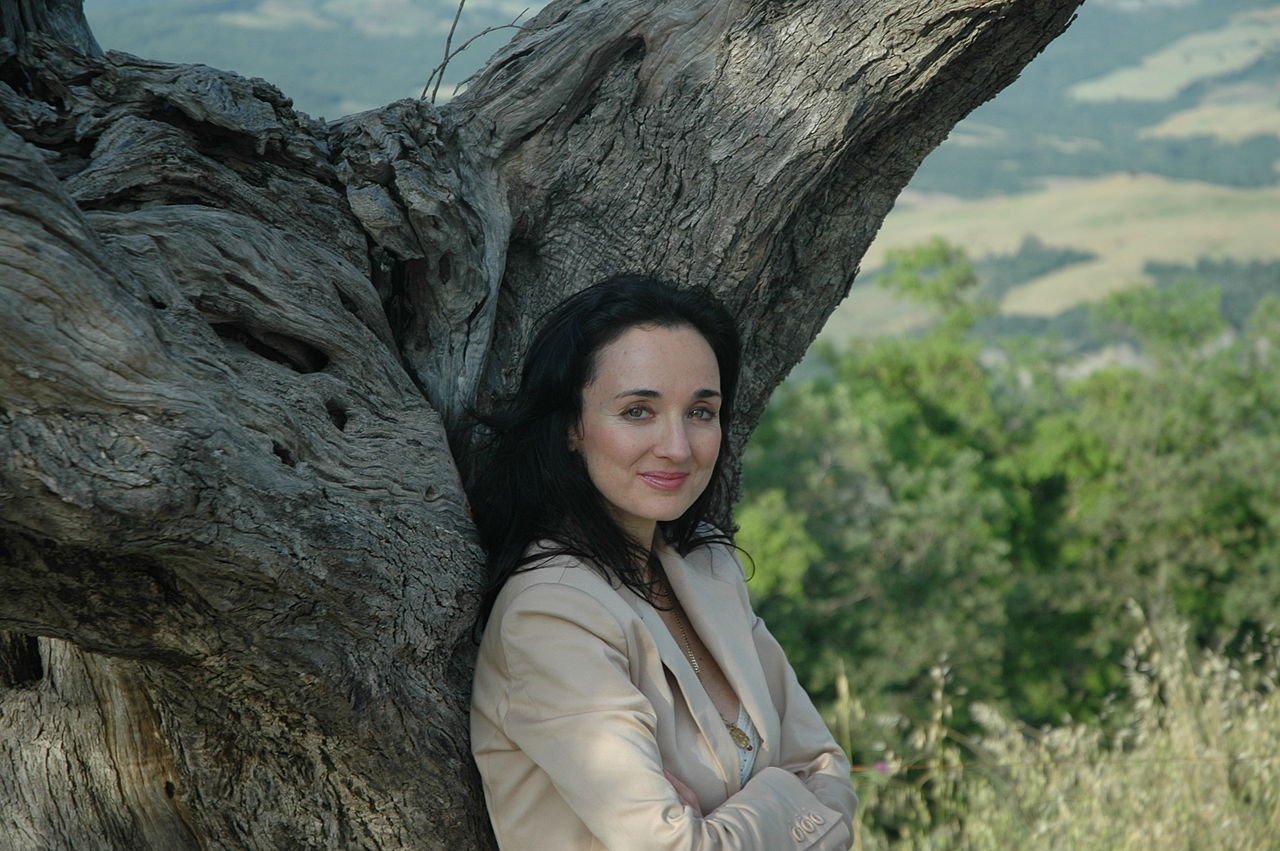 After that, as you mentioned, came the book Barolo and Barbaresco – The King and Queen of Italian Wine. Can you tell us more about your findings?

My biggest find was helping to break the myth on who created Barolo as we know it today: a dry red wine as opposed to its original sweet version. The universal myth is that a Frenchman, Louis Oudart, a friend of the French-born Juliette Colbert de Maulévrier – known in Italy as Giulia Falletti, the Marchesa di Barolo – swooped in from France and taught the Langhe producers how to make wine. I never bought it.
A few producers I interviewed mentioned the name of an Italian general, Paolo Francesco Staglieno, as being a pioneer in early Barolo production. I hunted down his most famous work, a manual on wine making that was strikingly advanced for the times. It clearly showed that Staglieno was obsessed with vinifying Barolo perfectly dry. This led me to writings by a Piedmont historian, Giusi Mainardi, whose research clearly points to Staglieno as vinifying Nebbiolo dry before Oudart set foot in Piedmont. I also pored over historical documents, including Le lettere del fattore di Cavour and it all pointed to Staglieno as being the father of Modern Day Barolo. I then discovered a little-known but informative book, Louis Oudart e I vini nobili del Piemonte, by Anna Riccardi Candiani, published by Slow Food Editore in 2011, which shows no connection between Oudart and the Marchesa di Barolo or the advent of dry Barolo. This helped me confirm my conclusions that General Paolo Francesco Staglieno is the real father of Barolo as we know it today.

What are you working on right now? Is there a new book in the pipeline?

Between 2004 and 2014 I wrote four books (including the English version of Franco Biondi Santi – The Gentleman of Brunello) so at the moment, I’m focusing on my work as Italian Editor at Wine Enthusiast, one of the most gratifying positions I’ve ever held, and a full-time job to say the least.

Your work gives you a unique understanding of current trends in Italian wine appreciation. What are these, in your opinion?

Organic and natural farming methods of viticulture are now huge in Italy, and for good reason. Not only did the harsh chemicals used between the 1950s and 1980s sterilize the soil, but these days consumers are very aware, and very wary, of harsh chemicals. More and more wine drinkers are looking for wines that are made without industrial chemicals. More wine lovers are also looking for wines with elegance and balance as opposed to muscle and concentration.

And what about the American market? What are buyers looking for these days?

It is often remarked, however, that when it comes to wine exports, Italian producers struggle to put forward a cohesive strategy. To what extent are buyers influenced by communication strategies?

That’s true, it’s rare to find a unified effort when it comes to marketing Italian wines. I do think buyers are influenced by marketing strategies, but besides promotions and marketing, stories behind the wine are extremely important. However, wine drinkers who read about wine are looking for honesty from the writer, and are wary about conflicts of interest. They also want wine represented in an entertaining but informative style, and detest snobbery. Readers also appreciate articles written by specialists: I think the days of a single wine writer writing about all the wines in the world – and claiming to be a specialist in everything from Bordeaux to Chile, from Argentina to Italy, and all the wines in between – are largely over.

Lets talk a little about Santa Margherita. Which do you think are the company’s strengths?

Santa Margherita is synonymous with Pinot Grigio. Not only did Santa Margherita put Pinot Grigio on the map when they launched in the US in 1979 – paving the way for what would become an international phenomenon – but they focused on the Made-in-Italy quality connotation, and turned Italian wine into a luxury product.

In recent years, “foodie” and wine culture have gone truly mainstream. How do you view this phenomenon?

After years of drinking wine like a cocktail – before or after the meal but not at the table – Americans are now pairing wine and food. The popularity of Italian restaurants and Italian cuisine has had a huge role in this. And of all the world’s wines, Italian wines are absolutely the best to pair with food thanks to their naturally fresh acidity and flexibility.

Finally, what are your personal tastes? What is your favorite food & wine pairing? 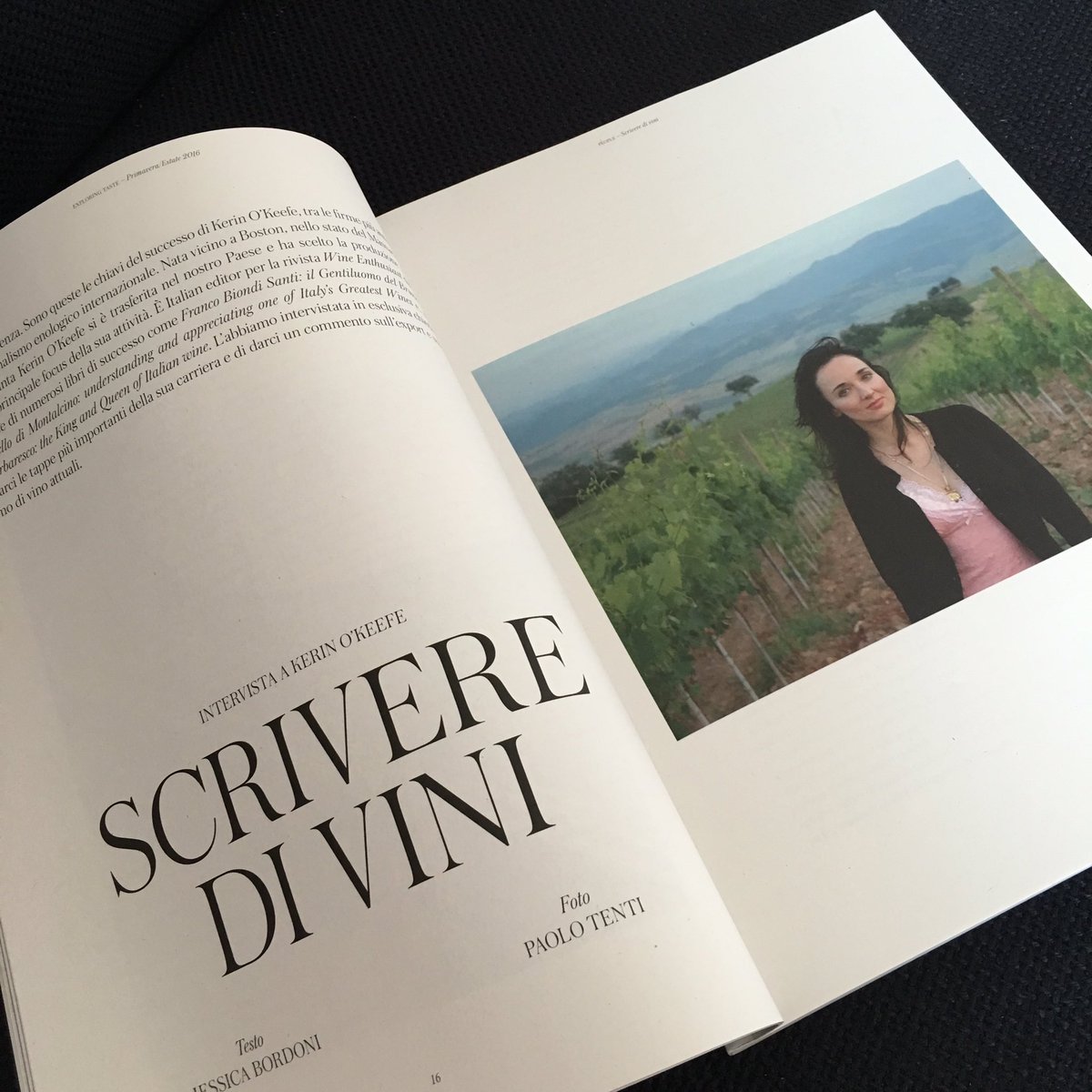 Barolo and Barbaresco: A Conversation with Kerin O’Keefe (by Evan Dawson) 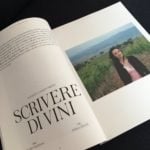