Italy’s Bartolo Mascarello – the patriarch of Barolo – died at his home in Barolo on Saturday at the age of 78. 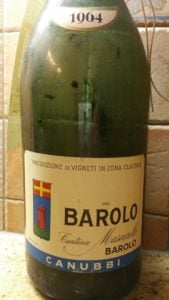 A teenage partisan during the Second World War (he used to tell German wine lovers, ‘first you chased me, now you chase my wine’) he was dubbed ‘the Last of the Mohicans’ for his dogged refusal to let traditions die.

Deploring the shift from the traditional wooden botti to smaller, 225-litre barriques, he never accepted any method of making Barolo other than low yields, long maceration, big oak casks and minimum intervention in the cellar.

His dedication to the preservation of Barolo’s true character and above all its longevity, made him the patriarch of traditional Barolo and gained him an international cult following – with fans as diverse as the cellist and conductor Rostropovich, and the Queen of the Netherlands.

Mascarello spent most of his life tending four small vineyards in prime locations: Cannubi, San Lorenzo and Rué in Barolo, and Rocche in La Morra. He favoured the old-school practice of blending from those four plots, rejecting the modern style of single vineyard crus. He always argued, ‘We don’t even have a word for cru: we have to import it from France.’